Religion and Politics Part 2 - Philosophy and a Bear. 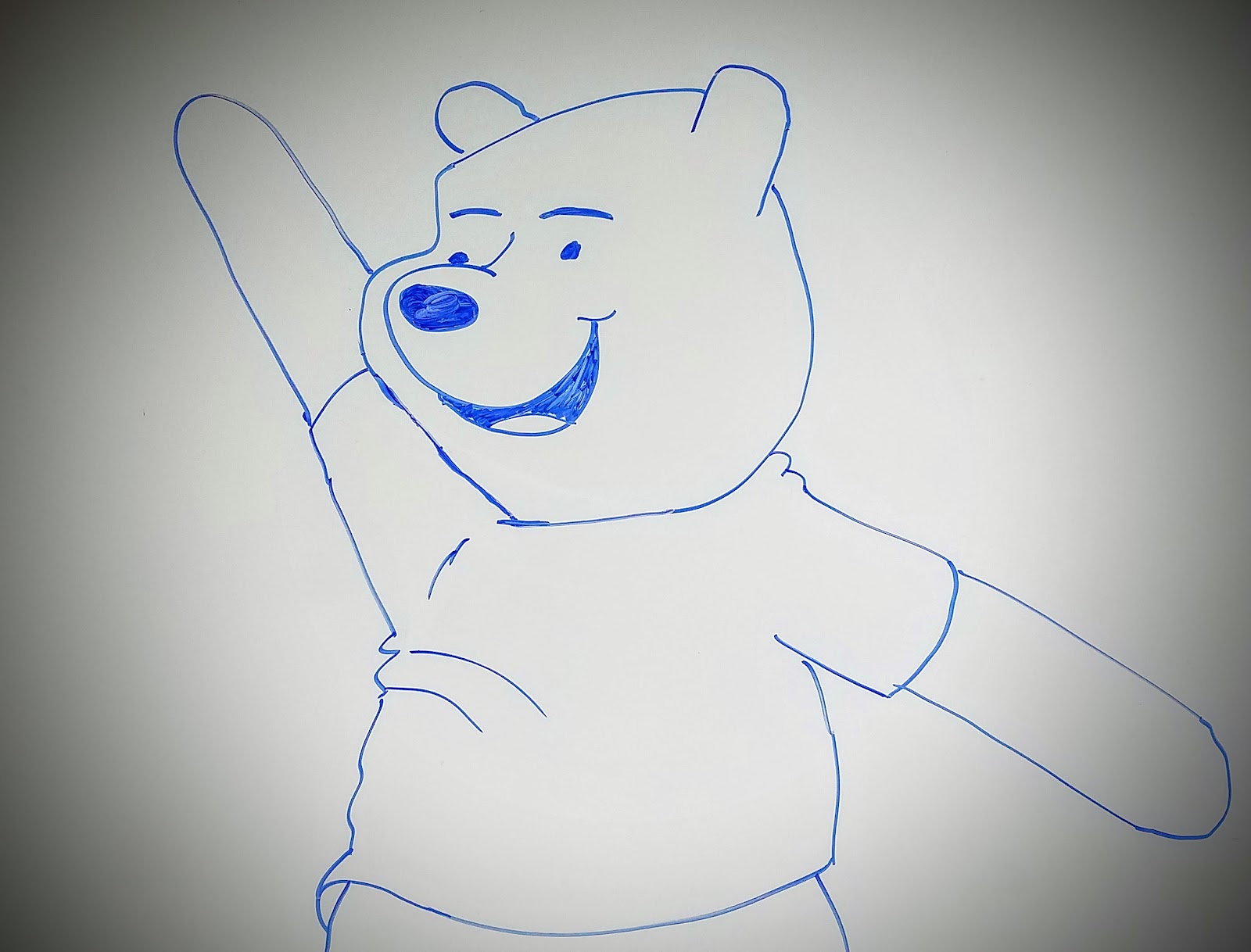 As I try to decide what I believe now I have a great difficulty separating what I was raised to believe and what I really think. Twenty years ago had you asked me if I believed in God, in Jesus and the resurrection, I would have answered, without even thinking, that yes, I did. It's the "without even thinking" part that bothers me now.
Do I believe that because I believe it or because every week for 35 years someone was telling me it was true? I am not even sure that, if you were to ask someone in the faith business, it would even qualify as faith if you never questioned it. I mean isn't faith defined as belief in the absence of fact? If you have never looked for the fact can it be faith?


I spent a great many years reading, thinking, and researching. I have learned a great many things, most of them quite contrary to each other. It has lead me to where I am now, which can best be described as agnostic. Being agnostic has been jokingly described as "not really knowing whether you believe in anything or not." Now, that's a funny line to be sure, but not entirely inaccurate. I am not an atheist, I do not believe that there is no God, but neither do I believe right now that there is one. I am still thinking, learning, and studying.

In addition to the religious research and teachings I also studied philosophy. With the loss of my religion (isn't that a REM song?) I did notice something missing. As I wrote above, I consider the Bible to be a manual to life, without that manual to guide me I did feel the need to find another. Maybe I was searching for a pseudo-religion, maybe it's simply because the more you know* the better you can make the decisions of importance in your life. Whatever the reason reading and studying philosophy really helped me a lot. After a lot of reading, and many more internal conversations involving many different philosophies, I ended up making Taoism the cornerstone of my life.

Taoism was the first philosophy I was introduced to and interestingly it all started with a bear. While I was being tutored in Spanish by the company I worked for at the time the tutor and I became friends and spent time outside of the sessions talking, thinking, heck we even started a business together. Unfortunately circumstances moved him halfway across the country and we have since lost touch. I regret this as he was a good friend but such is life. Regardless, during one of our many conversations we turned to religion and philosophy and he shared with me his by telling me about an incredible book he had read called "The Tao of Pooh".

"The Tao of Pooh" and it's sequel "The Te of Piglet" have become two of my favorite books. I reread them often and I always find something new and interesting with every read. These are two of the books keep extra copies of to pass along to friends I think might enjoy them. I have read many translations of Tao Te Ching, and none make it easier for a western mind to understand eastern thought more than these two books. Once you have read these, probably a couple times, you can move on to more standard translations and understand them much easier.

Never one to settle for the first anything I come across I continued to read other philosophers and eastern teachings, for example; buddhist texts (Pāli Tipitaka), Immanuel Kant (Critique of Pure Reason), and many, many others to numerous to list here. Of all of these only the Tao Te Ching seemed to fit me, to resonate throughout my life. I suppose I should edit my above statement then to read that I am actually an agnostic Taoist.

The list of thinkers I have read and studied continues on to include a number of those on the atheist side of the argument. Most notably Douglas Adams and Richard Dawkins. I know there are those of you out there that only know Douglas Adams as the author of  the Hitchhiker's Guide to the Galaxy Trilogy (in 5 parts)  and Dirk Gently's Holistic Detective Agency series, but beyond those he was active in ecology, technology, and yes, atheism. Douglas once wrote, in Hitchhikers actually, "Isn't it enough to see that a garden is beautiful without having to believe that there are fairies at the bottom of it too?" I have used this quote here before, though not to discuss atheism.

Douglas also said "If you describe yourself as "Atheist," some people will say, "Don't you mean 'Agnostic'?" I have to reply that I really do mean Atheist. I really do not believe that there is a god - in fact I am convinced that there is not a god (a subtle difference). I see not a shred of evidence to suggest that there is one. It's easier to say that I am a radical Atheist, just to signal that I really mean it, have thought about it a great deal, and that it's an opinion I hold seriously. It's funny how many people are genuinely surprised to hear a view expressed so strongly. In England we seem to have drifted from vague wishy-washy Anglicanism to vague wishy-washy Agnosticism - both of which I think betoken a desire not to have to think about things too much."  which I think speaks much more about the nature of people than it does the presence or absence of God. Douglas Adams was also the person who introduced me to Richard Dawkins (figuratively speaking) and his books (The Selfish Gene, The Blind Watchmaker, The God Delusion, etc.) Richard Dawkins' books really get you thinking about things and I think should be mandatory reading for everyone.

Take a look at any of the books, texts, writings, and teachings I have written about today. Read a few (or all) of them and I will see you at the next post.