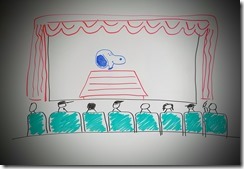 It has been a long time since I posted my top 10 movies list, and I never followed that up with the next 10. Since I posted the original list my tastes have changed a little and my original list would be slightly different now. This second list is so much more difficult than the original. A top 10 is easy, the best of the best, but the second 10? There are so many movies that could be in this list I could easily make all 10 of these tied for 11 and make it 100 movies total. That being said here is 11 through 20 of my favorite movies of all time.


11 – Outsourced – This movie is so great. It has something for everyone. There is comedy, romance, political satire. I watch this movie all the time. I never had any desire to see India before I watched this movie but now I have to get there someday.

12 – The Best Exotic Marigold Hotel – Another movie that is set in India, though very different to Outsourced. Judy Dench, Bill Nighy and Dev Patel (Who was also in The Newsroom a TV show you have to see.) With a cast like this how can it be a bad movie?

13 – Red Planet – I can’t explain why, but I love this movie. Best line: “This is it. That moment they told us in high school where one day, math would save our lives. …” Val Kilmer, Tom Sizemore, Benjamin Bratt, Simon Baker, and Carrie-Anne Moss. What a cast.Special effects are great, writing is only ok. Still, I love it.

14 – RED and RED 2 – These are a recent addition to my list, as until a couple weeks ago I had never seen them. Someone who’s opinion I respect a lot told me I had to watch them and wow. Great movies. Action films certainly, not Shakespeare, but a lot of fun, well written, and well acted.Helen Mirren, Bruce Willis, Morgan Freeman, John Malkovich, Karl Urban, and Mary-Louise Parker star in it, with a cast like that how can you NOT love it. I think the more important question is how could I not see it until someone told me to?

15 – Kingdom of Heaven – This and Elizabethtown are my favorite non-Tolkien Orlando Bloom movies. This one is better than Elizabethtown, though they are completely different movies you shouldn’t compare them. I really like historical fiction especially when it is stronger on the history and weaker on the fiction. This one is very heavy on the fiction, but is done so well, I really don’t care.

16 – The Money Pit – Tom Hanks, Shelley Long, one of the most funny movies I have ever seen. I really love the earlier Tom Hanks movies. Anyone who has ever owned their own house can relate to almost everything that happens in this movie. Best line: Here lies Walter Fielding. He bought a house, and it killed him.

17 – The Imitation Game -  Benedict Cumberbatch as Alan Turing, great, just great. I am not going to vouch for its authenticity, since as most historical fiction, it is much fiction.less history but I enjoyed it and if you want the true story read the biography the movie is based on, Alan Turing: The Enigma by Andrew Hodges

18 – You’ve Got Mail – Another Tom Hanks movie, and much better I thought than the original The Shop Around the Corner. Though Jimmy Stewart is great in everything. This movie pushes credulity a bit since I do not believe for a second, that Kathleen (Meg Ryan) would so easily forgive Joe Fox (Tom Hanks) for putting her second generation family run bookstore out of business. Oh well, its a romantic comedy what do you expect.

19 – Blade Runner – The original 1982 theatrical edition. Everything after that was blasphemy.  I would watch walls being painted if Harrison Ford was doing the painting. Still, this movie is a spectacular adaption of a spectacular book (Do Androids Dream of Electric Sheep by Philip K. Dick) See the movie first and then read the book.

20 – The Road Warrior – This is another example of the sequel out distancing the original. Mad Max was fine, but the Road Warrior was so much better. You need to see Mad Max because, well, it explains why he is mad, but you can see it after Road Warrior in which case it’s like a 2 hour flash-back.

Well, there you have it, the next 10 movies on my all time great movies list.I will get back to my personal journey in my next post but this had been in my mind of late and the only way to get it out was to post it. Thanks for listening and I’ll see you at the movies.