Winter Returns and With it My Discontent. 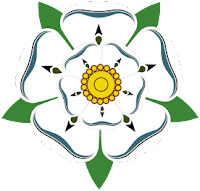 Now is the winter of our discontent
Made glorious summer by this sun of York;
And all the clouds that lour'd upon our house
In the deep bosom of the ocean buried.

That Shakespeare really knew how to turn a phrase didn't he? If I may paraphrase Douglas Adams, Shakespeare could put a hundred thousand words in as cunning an order as anyone.

Those who have actually read, or been lucky enough to see Richard III performed, knows that Richard was proclaiming that their discontent (oppression) was at an end now that his brother Edward is king. It's a great passage, and I would be willing to bet that people who've barely heard of Shakespeare would recognize the opening line.

Still, Shakespeare isn't what I set out to write about today. Discontent, I suppose, is really what has been rolling around in my mind these past few days. Richard just happens to have the most popular (and I think the most often misquoted) line about discontent ever.

There is no doubt that those of us who live in the northern bits of this world have to deal with winter in a slightly different way than those who live in warmer, more southerly, climes. Winter is more of an experience than a definition of a slice of the calendar here.

I have expressed before, many times in this blog alone, that I enjoy having seasons. I like all of them, even winter... especially winter. I would far rather be cold than hot. I think that a snowstorm is about the most beautiful thing nature has to offer. Provided of course that you do not have to shovel your own way out of it (another perk of teen-age sons).

That being said even I am ready for some Spring weather by March. This year it's worse because we had a couple weeks of very spring-like weather in February. Now that it's cold and snowing again it seems like some cruel joke the world is playing on us.

More than that though even my mood has followed the weather. My discontent has returned and I wonder how much the weather can effect us. I know there are studies and evidence that cabin fever is a real thing though I certainly have never had a problem with it previously what with my being a mostly indoor kinda guy anyway.

I am not sure, really, what is causing my malaise. Nor do I know what to do about it. I have been trying to get more exercise, which gets me outdoors more. Though last night trudging through a snowstorm was probably not the best idea it was, at least, bracing.

So we continue to shoulder our way through the weather and I continue to try and find some way to break out of this strange mood that confounds me. I think I will go and re-read Richard III. What better way to feel better about yourself and your own situation?