Where do I go from here. 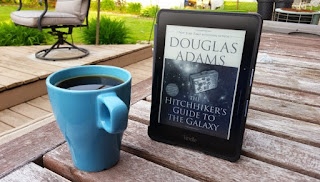 As I am sure the one or two of you who read this blog with any regularity have noticed I have not posted in quite some time now. The single largest hurdle to writing for me has always been the idea. Once I have an idea I can generally write three or four blog posts but without that idea nothing else works.

I can provide a very long list of excuses for why I haven't written anything in weeks but they would be just that...excuses. I find the time, energy, and motivation for (some limited) other activities so I could, if I wanted to, find those for writing as well. What confuses me, the one thing that I really don't understand is that I love to write. It isn't something I normally have to force myself to do. so why would I rather sit in a stupor watching something on television rather than writing or even reading something?

When I am busy doing something all I can think about is writing something new or reading any of a number of books I have been looking forward to. For example, I just received the Facsimile First Edition of The Hobbit which I have been looking forward to reading since they announced it back in 2012. Yet, whenever I have time that I could be reading, almost invariably I turn to something else. Something much less cerebral.

I really don't understand why I am having problems breaking away from the bone idleness which has become my default state of being. My motivation across the board is so low as to be undetectable. Don't misunderstand me I have never been a go-getter but when I was interested in something I was able to muster the drive to make it happen.


For weeks now just standing up seems to be an almost insurmountable task. I wake up later and later in the the morning which is not something I have ever had to deal with before and at the other end of the day by 10:00 PM I am longing for bed which is also out of character for me this normally being the time I would start doing things like writing or reading as the house is finally starting to quiet down. 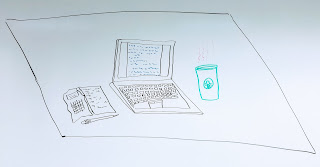 The lack of a visible, tangible, deadline seems to have been the problem. I wrote the beginning of this post in early October. It is now the middle of November and things have changed.


I decided to try winning NAtional NOvel  WRIting MOnth this year. I have followed it in previous years but my experiences writing anything longer or more difficult than a blog post - the phrase Epic Fail comes to mind -  was not something that made me feel I could accomplish it.

This year though I saw some posts from others about it, during the last week in October, I did some research and decided this might be what I needed. A month long writing prompt that stressed quantity over quality. I think I may finally have been convinced that first drafts were supposed to stink like a bag of dead turtles and that it was OK that they do.


November 1st came and I started. Day one was big, I blew past the recommended word count and felt good about it. Turns out I need deadlines and the approval for it to be OK with it not being great.

I am definitely a discovery writer which means I don't really plan out, outline, prepare, or otherwise work out in advance what I am going to do in or with a story. The original idea for this story has changed a couple of times along the way and characters I intended to be walk-ons have become important full cast members. The addition of one character even changed the history of another, and prompted a story idea for a sequel.

38,000 words is at least 36,500 more than I have ever managed to do on any one story before, and I am shocked to see that I don't actually hate the entire thing. I don't think it's great, don't get me wrong, but I don't hate it and want to delete it from everywhere including my memory like I always have in the past.

It remains to be seen if I can hold it together for another week or so and cross the finish line as a successful NaNoWriMo winner. whether or not I manage that, or even finish this story. I have accomplished something I never have before and that's a start.


If you are like me, and feel unmotivated or unable to accomplish what you should, or even what you just want to look for something outside yourself for motivation. It can come from the strangest places. And if you ever wanted to write something and have never found the time, look into NaNoWriMo next November, or join Camp NaNoWriMo in April and July.