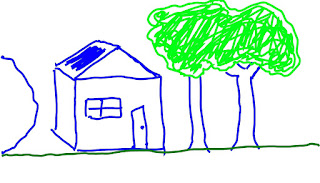 "The mass of men lead lives of quiet desperation.
What is called resignation is confirmed desperation.
From the desperate city you go into the desperate country,
and have to console yourself with the bravery of minks and muskrats.
A stereotyped but unconscious despair is concealed even under what
are called the games and amusements of mankind.
There is no play in them, for this comes after work.
But it is a characteristic of wisdom not to do desperate things."
- Henry David Thoreau

This paragraph, which is from the first chapter of Walden (Economy), has continued to be relevant throughout the years. I believe it has never been more applicable than it is right now.

The pursuit of monetary success and the accumulation of "things" has become the de facto way of life in America and is more prevalent than ever before. This hamster wheel existence cheapens the lives of those who engage in it.

How can you possible appreciate the simple pleasures that are available to everyone if you are so preoccupied with having more? If you spend so much of your time ultimately working for the interests of others that there is little or no time left for your own life you should probably re-examine your decision making paradigm.

This morning I decided to re-examine mine. There is no doubt that I am spending far too much time in the interests of others at the cost of excluding my own. I certainly do enjoy "things" and while there is a basic need to provide proper care and support for your family there needs to be a balance (there is that word again. Balance is important in so many facets of your life, it should be tattooed on the inside of your eye-lids. More on this later.) between the financial and physical needs of your life and the more philosophical needs.

I have written before about my enjoyment of the very occasional quiet personal moments that I manage to steal away from the soul-crushing desperation that is the American dream treadmill. The fact that I have, until now, been unable to connect those moments, this quote, and the resignation with which I trudge through life is causing considerable consternation to me.

It just goes to show that anyone can get so caught up in the mechanics of day to day existence that you can't see the forest for the trees. I came to this realization while walking out to my car this morning. I realized that I spend most of my day trying to survive things. Survive the day, survive this event or that experience. Surely survival shouldn't be the bar by which we measure existence?

I have no intention of building a small cabin off in the middle of nowhere. Though certainly if I had some property on Walden Pond, I probably would build something there. No even Thoreau didn't intend for people to do that since too many of them would have ended up living by him thus re-creating the problem he left to get away from. As a county we certainly can not all check out of society and move to the middle of nowhere and live alone. It isn't practical no matter how you look at it.

I do not have a solution for this problem, net yet anyway. Though certainly I am going to continue to re-evaluate and consider what changes I can make to break out of my resignation to desperation. I believe also, that I should be considerably less quiet about my desperation which is the main driving force behind this particular post. if I convince someone else to re-evaluate their decision making paradigm that would be great, but even if no one else ever even looks at this, I have stopped being quiet about it.