The Books That Captivated My Youth… 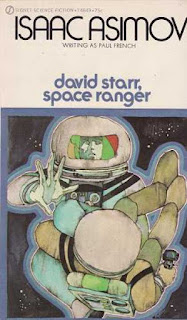 Most of the books I read nowadays are epic fantasy. There is nothing I like more than to start a series where the books are 700 to 1000 pages long and there will be 10 or so books in the series. (Think Brandon Sanderson or Robert Jordan) It wasn't always like that though, when I was much younger science fiction was all I read.

As I believe I have mentioned before most of my childhood is lost to my memory, this the includes a number of the books that I read. Some titles however stick in my mind and they left a lasting impression and I can still remember the stories to this day.

The earliest books that I can actually remember reading were written by Isaac Asimov and they were part of the Lucky Starr series. I still have all of these books in paperback in my library. These books would compare most effectively to the Tom Swift (third series) books. Which I also remember reading though I liked Lucky Starr more. I first read these when I was 8 or 9, but I have re-read them many times since then and they stand up really well. Which is also not something I can say about Tom Swift (any of the five separate series). 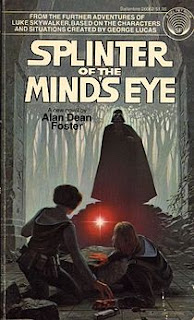 The next "series" I remember reading was Star Wars related. I was a HUGE Star Wars fan in the late 70's and throughout the 80's. Naturally once they started publishing books in the Star Wars universe I would start reading them.

The first of these was Splinter of the Minds Eye by Alan Dean Foster. I really loved this book. Over the years i have picked up about 5 different copies of this book. Though I have never come across a hardcover, if you know where I can get one, please leave a comment below.

I have re-read this book recently, and while I don't think it's as great as I did back in '78, it's still very well done. I even purchased the official e-Book of this when all the Star Wars books were released in e-Pub a couple years ago.

This book along with the novelization of the Star Wars movie seemed to be with me constantly for a couple of years. 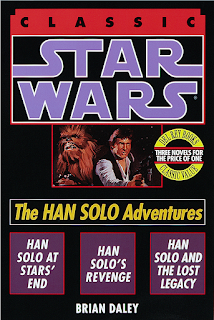 The next books I started, ones that I still re-read every couple of years are the Han Solo Adventures series by Brian Daley. I actually read these out of order originally, I got the second book first and then went back and read the first before the third was released.

I have a few different editions of these books also including the original hardcover I purchased of Han Solo's Revenge back in '79 though over the years the other two have gone missing and I have only been able to replace them with various paperback editions. A few years later I came across a trilogy edition of this series and I picked it up as well. This is the only edition that was published in e-Book and I am a little disappointed in that. I would like to have had the separate editions in e-Pub rather than this edition, but at least I can take them with me much easier than carrying around all the paper editions.

About this time I found the Robot Novels from Isaac Asimov, at least the first three. I didn't read Robots and Empire until much later. I still count these three books as favorites and I re-read them every couple of years. I wish they would get published as non-DRM e-Books I would certainly buy them again. Once I finished these I moved on to I, Robot and then The Complete Robot. Though all 9 of the I, Robot stories are in The Compete Robot there were 20 or so others that were not. To me the Asimov's robot novels and stories are the pinnacle of Science Fiction and everyone should give them a read. 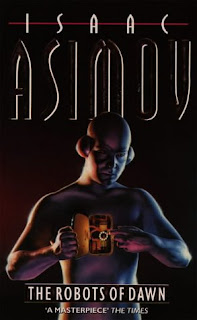 Science Fiction remained my primary reading pleasure for a long time, while reading The Hobbit and The Lord of the Rings did spark an interest in Fantasy most of the fantasy at the time wasn't to my taste. I did read some of David Eddings work. I read the early Shannara stuff by Terry Brooks, I also tried Piers Anthony and Robert E. Margroff's Kelvin of Rud series.
In a couple of years Piers Anthony's Incarnations of Immortality series would bridge the gap again between Sci-Fi and Fantasy though these examples of great Sci-Fi will forever be favorites of mine.
Posted by John Tobias at 2:30:00 AM