Freemium is a friendly way to say price gouging... 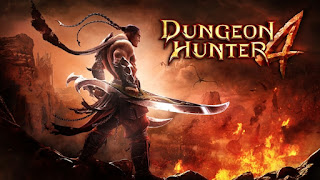 I don't think anyone begrudges game designers and publishers fair compensation for their work and creativity. We can argue what exactly fair means another time, this post isn't about that.

This post is about the current trend for mobile games to take the concept of free to play (freemium) and twist it into something, oh lets say it, evil.

I do not pirate games, I buy them or I don't that's it.
While I don't like paying $60 to $70 for a single game that could be finished in a couple weeks at least this is the total cost and I know it up front. I did spend $100.00+ on the pre order of Black Ops 2 for my sons which included the elite pack and DLC subscription. (Though the elite pack did go free before launch).
I have no problem paying monthly for games that require it, I have played one MMO or four continuously since 1998 (Go Asheron's Call!) but those games require servers and bandwidth and usually include monthly updates and new content.

Today however I came across a game that is the last straw for me, it is called Dungeon Hunter 4 (in the Google play store - Dungeon Hunter 4). More on this in a bit, first a little history.

The first free-to-play (freemium) games gave you so many levels or so many plays and then you could, for a one time cost, upgrade to the non-free (full) version of the game usually for a dollar or two. Basically this was a new spin on shareware and I was happy to pay for the games that were worth playing to me because it cut out the risk of wasting money on games that I didn't like.
Soon Premium games started to appear in the app stores. Like Soul Caliber which is currently $14.99 in the iOS app store. I know at the time I was shocked at the price (actually it launched at $11.99 then went up to $14.99) in the existing world of one and two dollar games $15 seems crazy. I didn't think I would be willing to risk that much money on one game that might not work in 6 months when iOS was updated or in a year when I sold my iPad 2 and got the iPad 3 or 4 or whatever. The mobile hardware market is outdated quickly, software is updated all the time, and hardware refreshes regularly.
There are games that handle additional content purchases well. Baldur's Gate Enhanced Edition for example costs $10 to purchase and has added content available as in-app purchase, but you can play the entire game without purchasing anything. If you purchase everything it's still only $20 and you can play it as often as you want.

The current trend of freemium games is to soak charge you for everything possible. I have yet to see a freemium mobile game that balances un-payed play properly. Certainly some accomplish this better than others, I think the best of these allow you to do everything for free that you can paid it just takes longer. Though the worst of those take the time extensions to an extreme that borders on insane. For example Pixel People eventually takes days to construct a building or grow a clone. You play for about five minutes then let it sit for three days only to then play for another five minutes. While this is painful, at least you can finish the game without spending any money. Also, they give you ways in the game to earn the time savers you would have to pay for. Add to this the fact that the in-app purchases are becoming expensive, can you believe there are in-app purchases listed at $100 in some games? Really?

Now back to that last straw. The word on Dungeon Hunter 4 is that you can't finish it without in-app-purchases. I don't know from first hand experience because I will not install another freemium game. Ever.
I own both Dungeon Hunter 1 and 2 and they are great games worth every penny and more than what they cost to purchase. Now I look back fondly to the days of $15 mobile apps. A game like Dungeon Hunter 4 could cost a lot more than that to finish. What does a model like this mean for re-playability? If you reset to replay the game do the purchases stick? They don't in games like Snoopy's Street Fair. I have played through Dungeon Hunter 1 at least three times now. I certainly wouldn't do that if I had to keep paying every time I played it.

We need to stop the insanity, I have made my stand. No more freemium games. I am calling them out. EA, Gameloft if you want my money stop trying to force me into this crazy pay forever model.